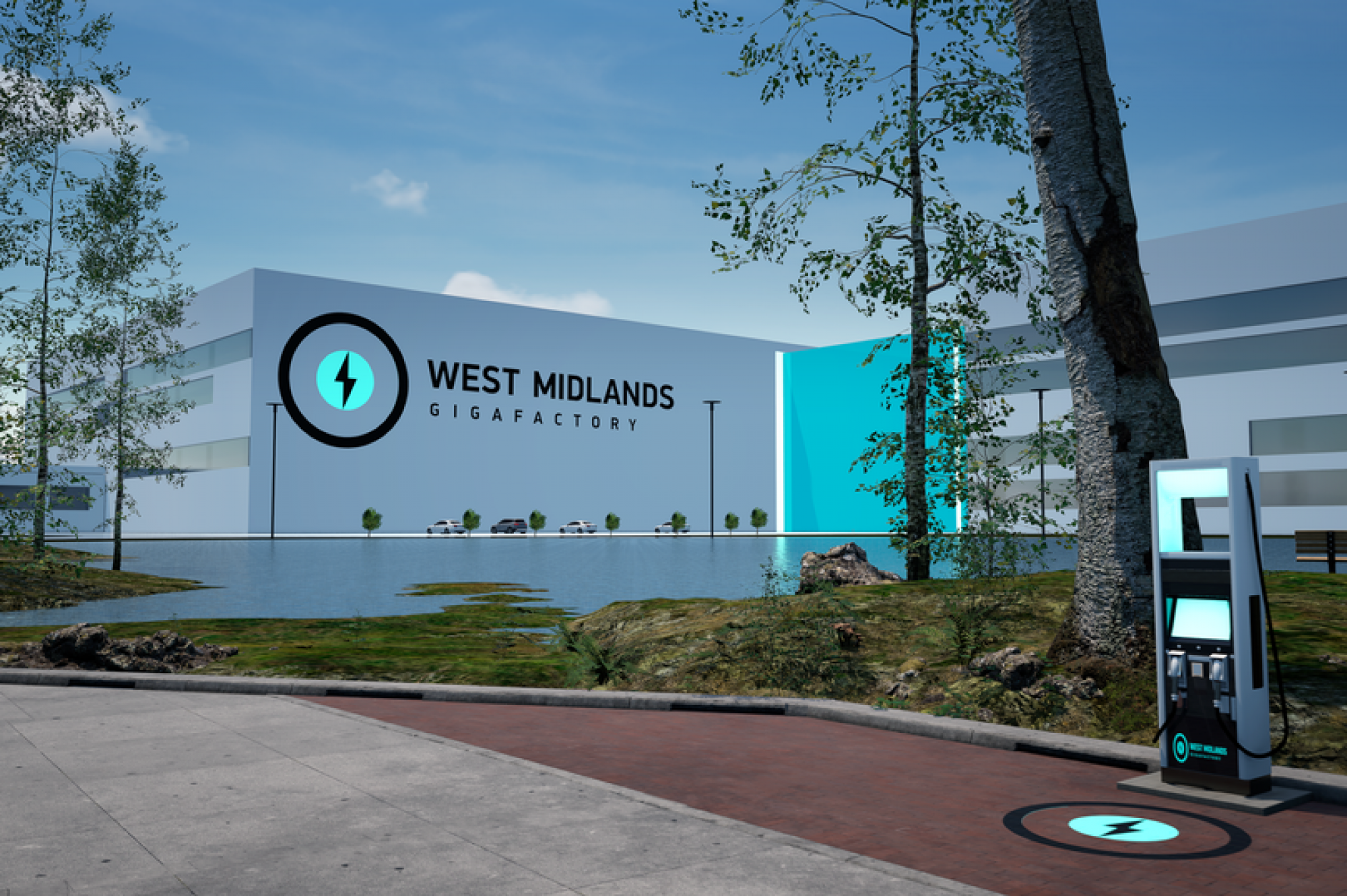 West Midlands Gigafactory, a public private joint venture between Coventry City Council and Coventry Airport Ltd, has today unveiled further plans to develop the UK’s largest battery Gigafactory as it continues to explore investment opportunities with battery manufacturers from around the globe.

Located in the epicentre of the UK’s automotive industry, the Gigafactory will begin supplying high-tech batteries for electric vehicles from 2025. It will be the result of a £2.5bn investment, creating up to 6,000 new highly skilled jobs directly and thousands more in the wider supply chain in Coventry and the surrounding region.

This strategically crucial investment is imperative for the UK’s electrified future, especially for the automotive industry which will stop producing petrol and diesel engines from 2030.

The new Gigafactory, which will command over half a million square metres of space – equivalent to 74 full-size football pitches, will be one of the largest single industry facilities of any kind in the UK and at full capacity will be capable of delivering up to 60GWh of production per year.

It will be powered by a planned major boost to the local energy network, giving the Gigafactory access to a 100% renewable electricity supply, from a combination of solar power and grid-supplied renewables. The West Midlands Gigafactory will be able to recycle used batteries as well as build new ones in an industry leading approach known as “cradle to cradle.”

“The Coventry Airport site is perfectly located to do just that, being ideally positioned to supply the UK’s leading automotive manufacturers who need access to world-class batteries on their doorsteps. We need to make these advanced lithium-ion batteries where we make cars and there is no better place than in the West Midlands.”

Cllr Jim O’Boyle, Cabinet Member for Jobs, Regeneration and Climate Change said: “Coventry is the historical home of the automotive industry in the UK, where much of the cutting-edge technology that defined the global car industry last century was created here in our city. Now, as we stand at the dawn of a new electric age, we fully intend for Coventry to be very front of the green industrial revolution which will power the future of the automotive industry.

“The West Midlands Gigafactory is a unique public private sector joint venture between Coventry City Council and Coventry Airport Ltd, supported by an alliance of local governments, industrial groups and universities. It will provide a huge amount of certainty to our automotive industry, as well as providing much needed jobs and investment to our region. This project puts Coventry at the heart of the British battery industry, giving it access to the region’s world-class skills, R&D and supply chain capabilities.”

Andy Street, West Midlands Mayor “From securing the future of our region’s automotive industry and the huge economic and job creation that would bring, to helping protect our planet from the climate change emergency, a West Midlands Gigafactory would be a complete game-changer for our region – and we are making it happen.

“By submitting our planning application earlier this year, and now answering the difficult question around power supply and renewable energy, we are doing what we can to be able to get the site operational ASAP once a commercial negotiation between supplier and customer concludes.

“The West Midlands is already home to the country’s biggest car manufacturer, Europe’s largest research centre of its kind, the UK’s only battery industrialisation centre, and a world-leading supply chain. A Gigafactory therefore is the natural next step for the UK’s automotive heartland, and, working in partnership with industry and the Government, we will not rest until we have secured one.”

Based at Coventry Airport, the Gigafactory will be adjacent to the UK Battery Industrialisation Centre, part of the UK’s Faraday Challenge. The Centre provides a critical link between research at laboratory or prototype stages and the successful mass production of new battery technologies. These links will be hugely important to the future development of the Gigafactory in the West Midlands.

Margot James, Executive Chair at WMG, University of Warwick comments "The West Midlands is already home to 28% of the UK's automotive sector talent, with an established skills ecosystem and supply chain.

Coventry Airport was first opened in 1936 by Coventry City Council which continues to own the freehold of the site. It operated as RAF Baginton during the Second World War and commercial passenger flights were subsequently reinstated until 2009. Rigby Group plc acquired the long leasehold in 2010 and it remains in its ownership.

An outline planning proposal for the West Midlands Gigafactory was submitted in July and the application is yet to be determined.