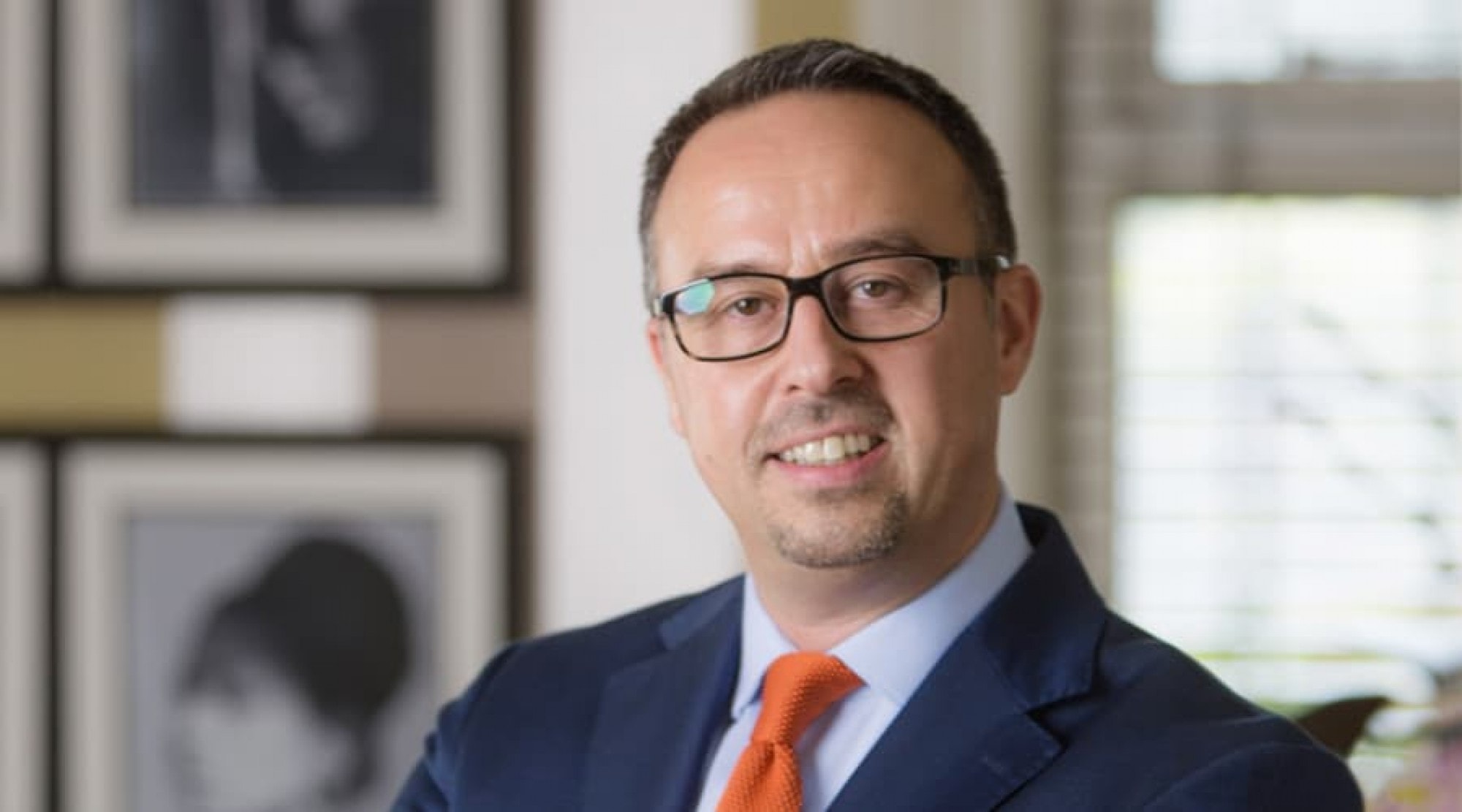 Amid the tough economic climate. Eden Hotel Collection has felt the squeeze across its portfolio of nine properties despite the pressure the group is striving to innovate to claw back business and creating pockets of success within its bedrooms and F&B.

Last year marked a decade since Chambers joined Eden Hotel Collection, when the company compromised just two properties. IT entrepreneur, Sir Peter Rigby acquired the first, Mallory Court in Leamington Spa in 1995, and Buckland Tout-Saints followed ten years later. The Rigby Group is one of the country's largest family-owned businesses, spanning hotels, aviation, technology, property and investments, with Sir Peter still overseeing the development of the group as a whole.

EHC has now grown to become a nine-strong portfolio, with a new hotel acquired almost every two years, demonstrating the group's continued commitment to reinvestment, growth and its resilience to often turbulent market conditions.

Chambers' first position within the company was general manager of Mallory Court in 2006, and he immediately played a major part in the growth plans for the business, adding appropriate hotels as and when it was opportune to do so. While there was no set target number for expansion, the vision was clear from the start; to be recognised as a leading boutique hotel operator.

Bovey Castle, the group's biggest hotel, was acquired in 2014 from Investment company Delauncey and EHC immediately launched an extensive £10m investment project, updating facilities, bedrooms and the spa at the tired hotel. Now the impressive 60-bedroom hotel, complete with 22 lodges, 18-hole championship golf course, tennis courts and Elan Spa, plus the 3AA Rosette restaurant and casual dining eatery, Smiths Brasserie, is the flagship for Eden Hotel Collection and accounts for 40% of the group's overall turnover.

"It goes from strength to strength." explains Chambers, "we are hitting budget, Q1 of the fiscal year, which started in April, has come in just over budget and that's encouraging to see. The pace around our rooms is good across the board but Bovey is a big player in that way and if we can fill our rooms and lodges at Bovey then because of its location, you can capitalise on food and beverage business. We haven't got a high street to compete with on Dartmoor! And we have our proposition there right, we’ve really honed on our F&B proposition so we have our Great Westem fine dining option, but Smiths Brasserie goes from strength to strength."

Despite the success, the hotel has struggled to find the right manager to lead the team at Bovey following the departure of Francisco Macedo in July 2018. Shortly after in November, Martin Kelly was appointed, boasting experience at the likes of Grand Jersey Hotel and L'Horizon Beach Hotel, but left in April this year. Chambers admits it was a 'disappointing set-back' but long-time director at EHC and former general manager at Bovey Castle, Greg Fehler, was on hand to step in and steady the ship. Chambers adds: "Greg has always been retained as resort director at Bovey but he has his feet firmly under the desk at the moment. The search does go on for a general manager; we are not in a race to do that, as and when the right person is there we will appoint them.

"There are so many different dynamics when you are recruiting that senior level; when you look at who can run a five-star resort like Bovey Castle there are a lot of talented general managers in the UK that can do that job, but when you say it's in Devon, the pool shrinks somewhat.

"Devon isn't for everyone and a lot of people are less willing to relocate and we seek someone who would immerse themselves in the business, live in the community so it is a full relocation. Then all the variables around recruiting the right personality as well as the right skills and experience."

Mallory Court in Leamington Spa is the second largest on the scale for the group with 43 bedrooms and in 2017, the hotel benefitted from a new spa expansion, marking the first new spa to be introduced in the county for 10 years.

Coming into its third year in operation, Chambers says business at the spa is faring well and now attention is on refurbishing the bedrooms situated in the main house as part of a handful of ongoing refreshment plans at Mallory Court.

In November, the company's latest accounts showed that revenue across the group rose to more than £19m, up from £17.59m on the previous year, accredited to the completed of a bedroom refurbishment at Bovey Castle and the continued success of the spa at Mallory Court. The increase was said to be 'inline' with expectations at the time.

With nine properties. investment into improvements is constantly on the agenda, with £1m due to be spent this year on refurbishments at the hotels. The Arden in Stratford-Upon­Avon has recently benefited from a refresh while new boilers, water treatment plants and "other things you don't see " will be top of the list at Bovey Castle.

A five-year capital expenditure programme is in place for larger projects with a remedial maintenance scheme used for the smaller jobs, but Chambers stresses that money must be utilised in the right places and each investment carefully considered. He explains; "We have to spread the love a bit, but we also have to invest in the hotels that give the greatest return, so you have to make some tough decisions sometimes about how to spend the money as well."

Chambers says questionable consumer confidence is a challenge when it comes to F&B and the group is having to innovate to stay ahead. In a bid to reinvent the dining offering within the group, a small plates, British tapas-style menu has been trialled at The Arden for the past three months that has potential to be rolled out across the portfolio, if proven to be successful: "There are 90 restaurants within a quarter mile's walk there and it's highly destination driven business we have there,” explains Chambers. “It’s early days with the new food concept but it will help us understand the market.”

With less people getting married in traditional settings and the trend towards barn and festival weddings rocketing in popularity, EHC is having a ‘hard fight’ to muscle in for a share of the market. A typical ‘wedding day’ set up and one-size-fits-all offering isn't enough to stay relevant in current climate and Chambers says empowering staff to be flexible is a key element to getting it right.

"We've had a big workshop with all our meetings and events team and chefs around innovation in event catering for weddings and social functions because, if people want a cocktail served in a jam jar, let's give them that. We need to be much more adaptable on those things and we have had some success because of that.”

Investing in people remains the number one focus for EHC. The launch of the group's Chef Academy in 2016 has been a huge success, with a 94%, retention rate of qualified chefs within the Eden Hotel Collection following completion of their training. There has also been a 20% reduction in staff turnover across the Collection, as the group fights to overcome the battle of recruiting talented staff. A Spa Academy has also proved invaluable to the hiring process.

Into year three of the Academy and Chambers says it has provided some ‘real success’, but he stresses that the group is still working hard on how it recruits and retains staff as the uncertainty surrounding the country’s departure from the EU continues to have an impact.

Future of the business

For now, Eden Hotel Collection is in a period of consolidation and focused on 'knuckling down'. Prior to the acquisition of Bovey Castle, growth was rapid, with the group taking on a series of new hotels in quick succession in a short period of time. Chambers says that it would be ‘foolish' to be trailblazing with a new hotel.

"We need to understand that it is quite volatile out there and we'd be foolish to start on any growth plans, so we are just getting on with the job in hand and doing what we do well," he explains.

Despite that, he admits the group wouldn't 'rule out' another hotel if the right opportunity presented itself, but an aggressive expansion plan isn't on the cards.

"We get phone calls every week from agents, and stuff comes across the desk, but I open it and say no. With Macdonald selling four hotels in the West Midlands, there should be, on the face of it, things we are interested in, but probably not in this current climate." he says.